Posted on August 16, 2016 by morselsandscraps

Warsaw is a city of bikes, and for bikes. It’s mainly quite flat, except for a mild rise to the escarpment: there are many bike paths where cyclists rocket along without much concern for meandering pedestrians; there are rent-a-bike stands all over the place, where your first 20 minutes are free. I’m not game to mount one but everyone else in my mob has one. And they are almost as photogenic as umbrellas. 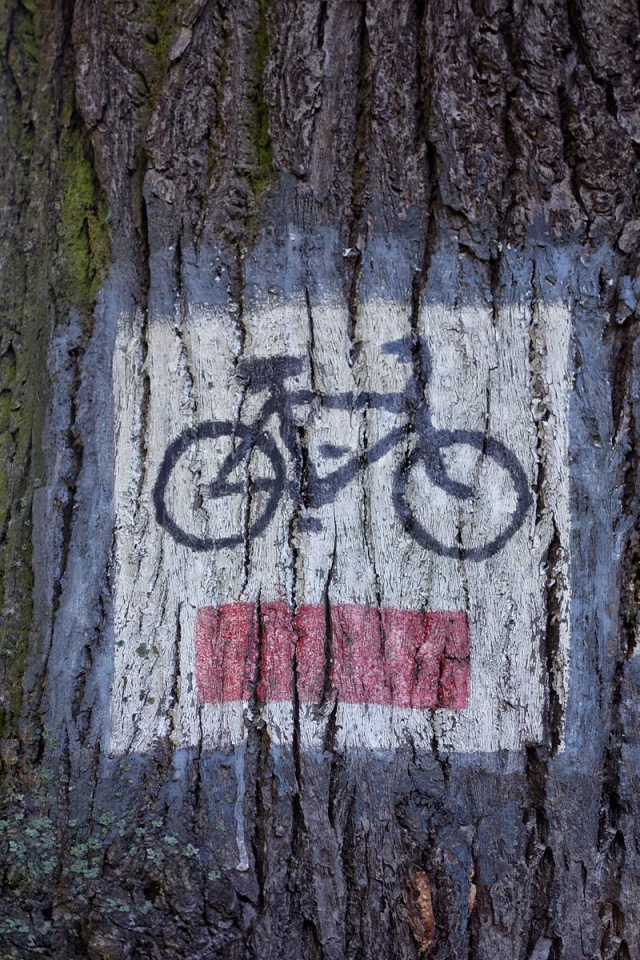 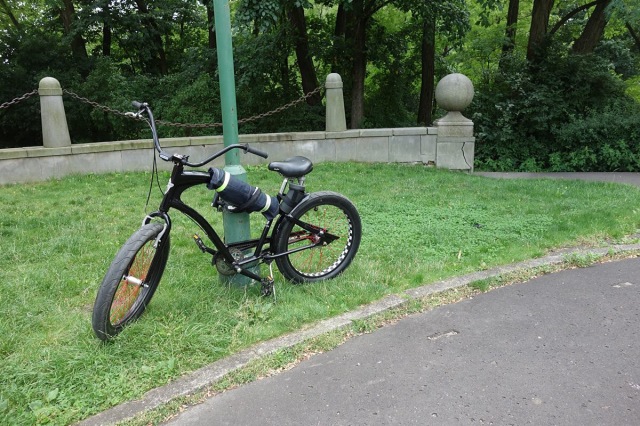 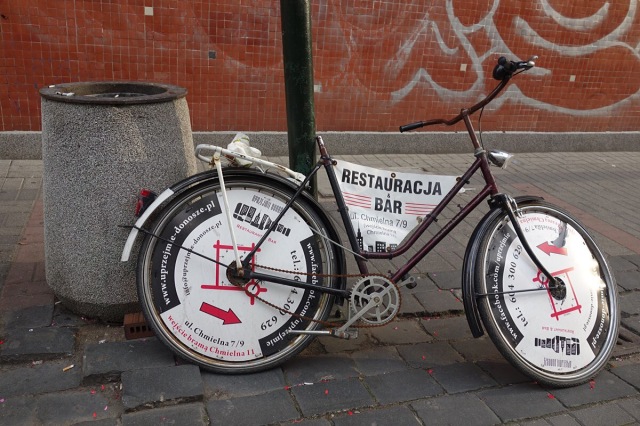 But this last one is my pick, because I know its history. It’s my daughter’s and she rode it from Tokyo to Warsaw, through Central Asia.  Now it carries her to work, or to glamorous Sunday lunches, and the twins to playgrounds, fountains and lakes. As I write this it is touring for three days along the Baltic (minus passengers).

If you want to see the hero-bike on its travels here are some shots from Tajikistan and Iran.

A retired Australian who spends a lot of time in Warsaw, and blogs as a way of life.
View all posts by morselsandscraps →
This entry was posted in photos and tagged pushbikes. Bookmark the permalink.