Prowling round with Sue and Viveka in the Old Town a few weeks ago, I noted a daily-except-Sunday organ recital by Przemysław Kapituła on the great organ in St John’s Archcathedral . The cathedral, listed by UNESCO as of cultural significance, was rebuilt after its destruction in WW2 in “raw Gothic style”, a style very different from the baroque excesses of St Anne’s church where I recently listened to organ music. The organist dressed to suit its plainer identity: no sign of the powdered wig, buckled shoes, knee breeches, brocaded jacket, wrist and neck ruffles he wore at St Anne’s. His verbal introduction was no clearer: the vast echoing space swallowed up his words. However the music (Chopin, Petrali, Surzynski, Boëllmann) was victorious over space. When is organ music not?

This time the music didn’t engage me, but it gave me a chance to gaze around and notice other things. Mid-recital two nuns, complete with winged headgear, hands calmly crossed, glided down the side aisle with an entourage of three.

After the recital I moved around the cathedral photographing things that had caught my wandering eye. A table covered in a crisp white cloth with a vase of white flowers on the floor in front of it, and a trio of tall chunky candles stood sentinel at   the beginning of the cordoned off area leading up to the altar. The side chapels behind elaborate gates were far more glitzy than the elegant, soaring architecture of the building. A mop bucket leaning incongruously against the wall outside one chapel represented requirements beyond those of the soul.

As I was leaving, I noticed a staircase to the crypt. Another thing to add to my growing to-do list. Every time I tick something off I seem to add something on. 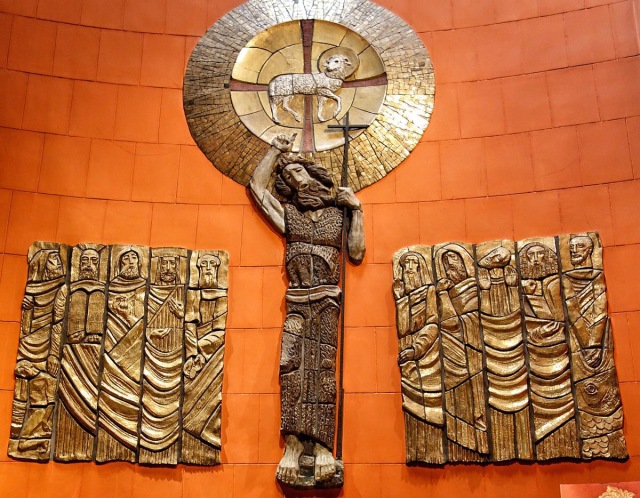 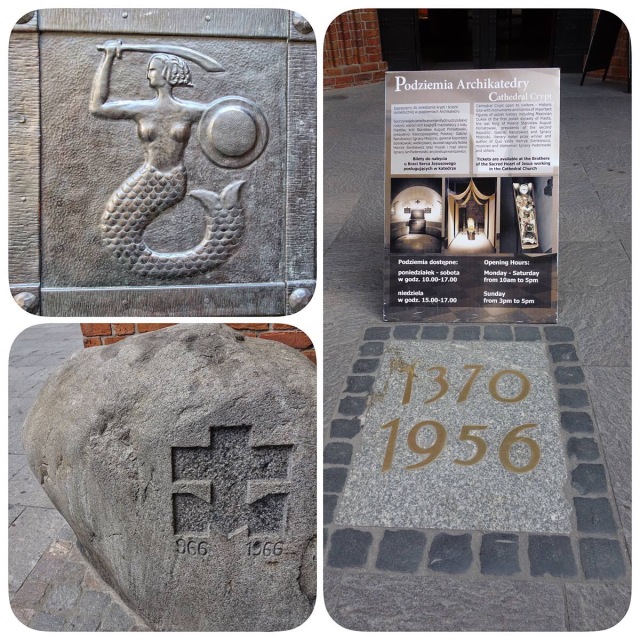 Details of the German demolition of the cathedral, as recounted in Wikipedia.

During the Warsaw Uprising (August–October 1944), the Cathedral was the centre of some of the fighting. The Germans got a tank loaded with explosives into it and the explosion destroyed most of the building. After the collapse of the Uprising, the German Destruction Detachment (that’s what it was called) finished the job by drilling holes in the walls for explosives and blew what remained to smithereens.
The cathedral was rebuilt after the war. The exterior reconstruction is based on what 17th century illustrations suggest it looked like, rather than its prewar appearance.

A retired Australian who spends a lot of time in Warsaw, and blogs as a way of life.
View all posts by morselsandscraps →
This entry was posted in church, photos and tagged organ music, St John's cathedral. Bookmark the permalink.