POLIN Museum of the history of Polish Jews

Posted on April 18, 2016 by morselsandscraps

This is my third visit to the Museum of the history of the Jews, and the first time it’s been up and running. (For previous visits see here and here.)

It takes me a while to get through security: I can’t seem to get my camera, my shoulder bag and my person in the right places for screening. When I finally get to the information desk with my 25 PLN at the ready, I discover that Thursday is free day.

There are 8 galleries in the museum to record the thousand-year history of Jews in Poland. I’m very glad I have 11 months to take it all in: I only had enough museum-stamina for the first and second gallery, and an enforced reconnaissance gallop through the remaining six because it was the only way out. 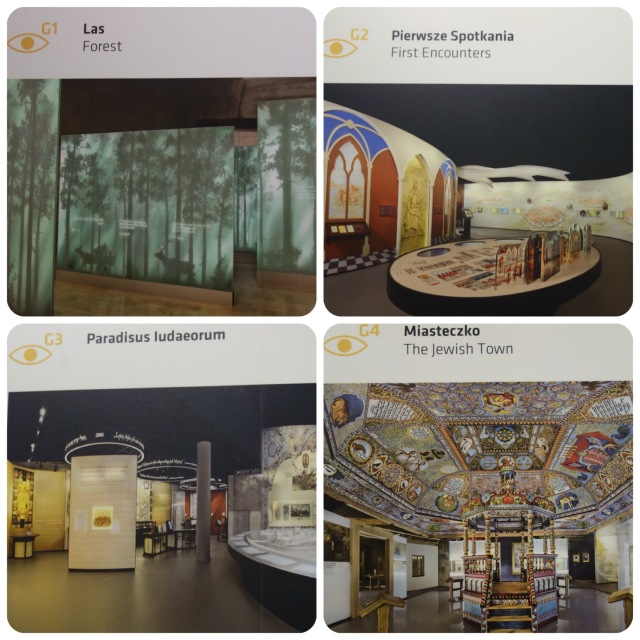 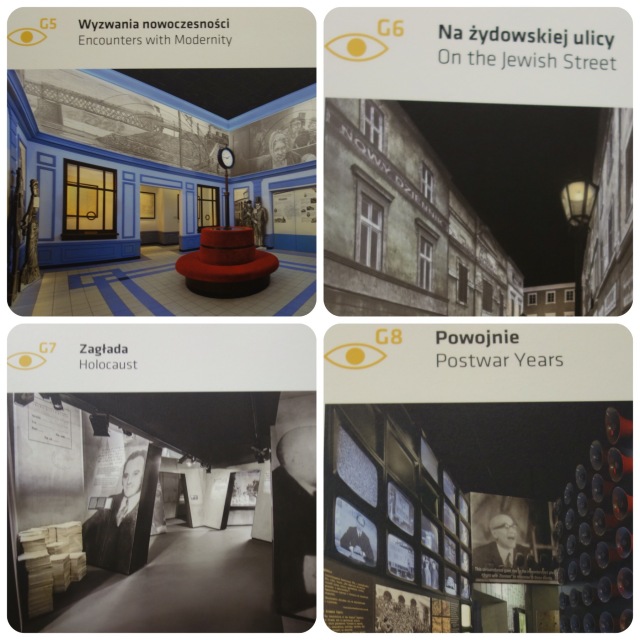 Down three flights of grand blond wooden stairs and you come to banks of forest panels with an account of the arrival of early Jews in Poland fading in and out on the screens. 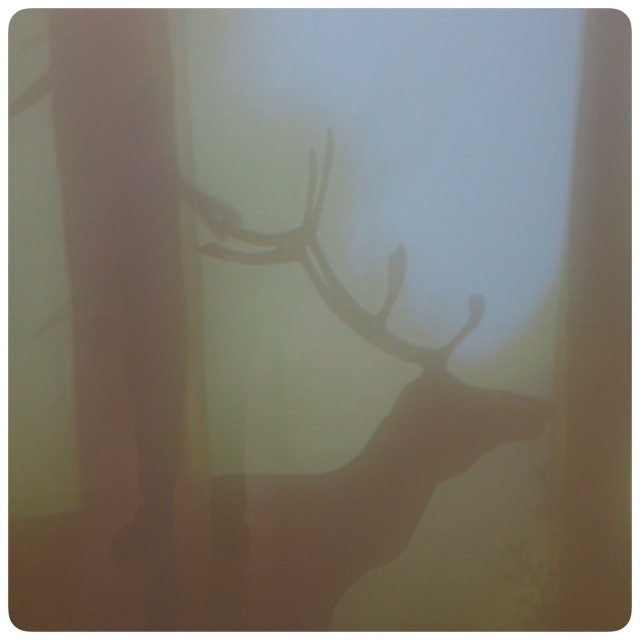 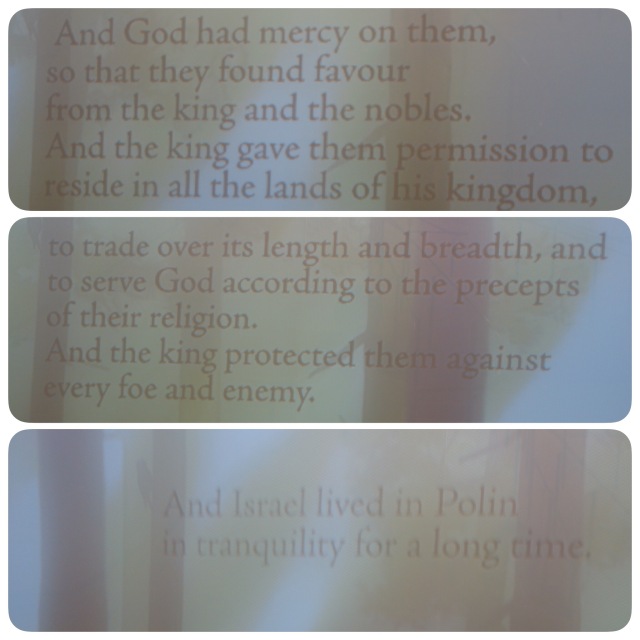 As I proceed, I realise yet again something that should not surprise me: complete ignorance is not a good springboard for learning. I find it very hard to navigate my way through all the information and the diversity of exhibition formats. My strategy is to pluck out familiar places – Poznań, Kraków, Warsaw  – and concentrate on their Jewish history, embedded in the histories of kings and the Catholic church. It may well have been easier if I’d gone round the exhibit in the right direction: I obviously need to pay more attention to the arrows on the floor.

One of the earliest mentions of Poland appears in the writing of 10th century Jewish traveller Ibrahim bin Yakub. He makes it sound like the promised land: “It abounds in food, meat, honey and arable land.” In 1096, a Crusader attack on Jews in Prague led some of them to head for Poland “with their riches.” By the first half of the 13th century, Jewish minters were striking the official ducal currency in Greater Poland. In 1388 the ruler Witold decided “to grant the Jews of our towns a privilege and statute”, and for some time Poland was hospitable to Jewish communities. 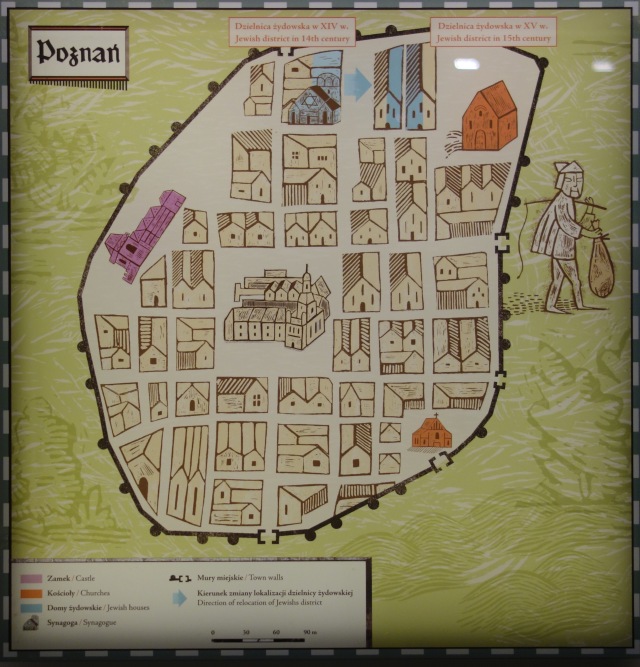 In Kraków, Jews were traders, bringing pepper, spices and silk from the east and taking cloth, metal goods, wax, dyes and furs in the opposite direction. Kraków was also a stopping off point for  Jewish cattle dealers. 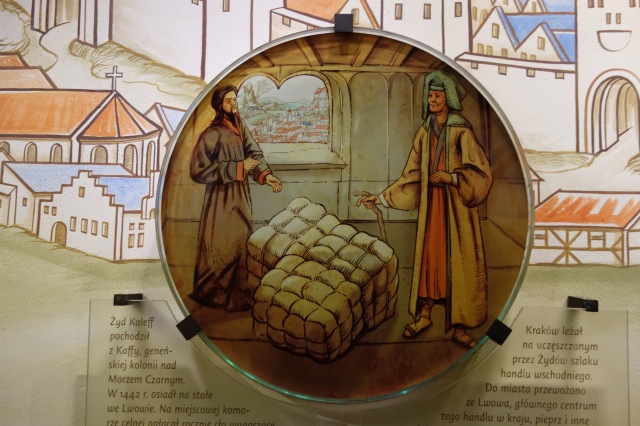 As early as the 13th century, the church wanted Jewish and Christian residences separated but this wasn’t enforced in Poland. Things changed, however. In  1453, Jews in Kraków were terrified by the thought of a visit from the Papal Inquisitor. In 1454, a letter from a Polish Cardinal to the King asked him to “abolish entirely the freedoms accorded to (the enemies of the church) the Jews, and oblige them to wear clothing that distinguishes them from Catholics.” By 1495, Kraków Jews were moved to Kazimierz. 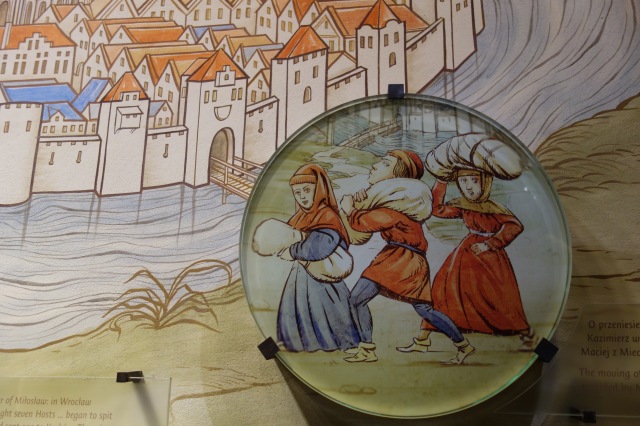 The first mention of Jews in Warsaw is in 1414. The Jewish community then was somewhere between 100 and 150 people, 5% of the town’s population. In 1423 Jews owned ten houses in Warsaw, according to the list of taxes recorded in the Warsaw court book. 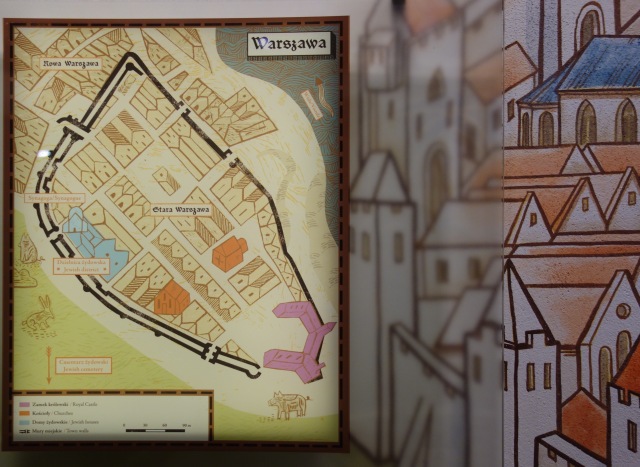 By 1507, according to the coronation tax register of Zygmunt the elder, there were 49 Jewish communities in Poland, the largest in Kraków, Lwów and Poznań. 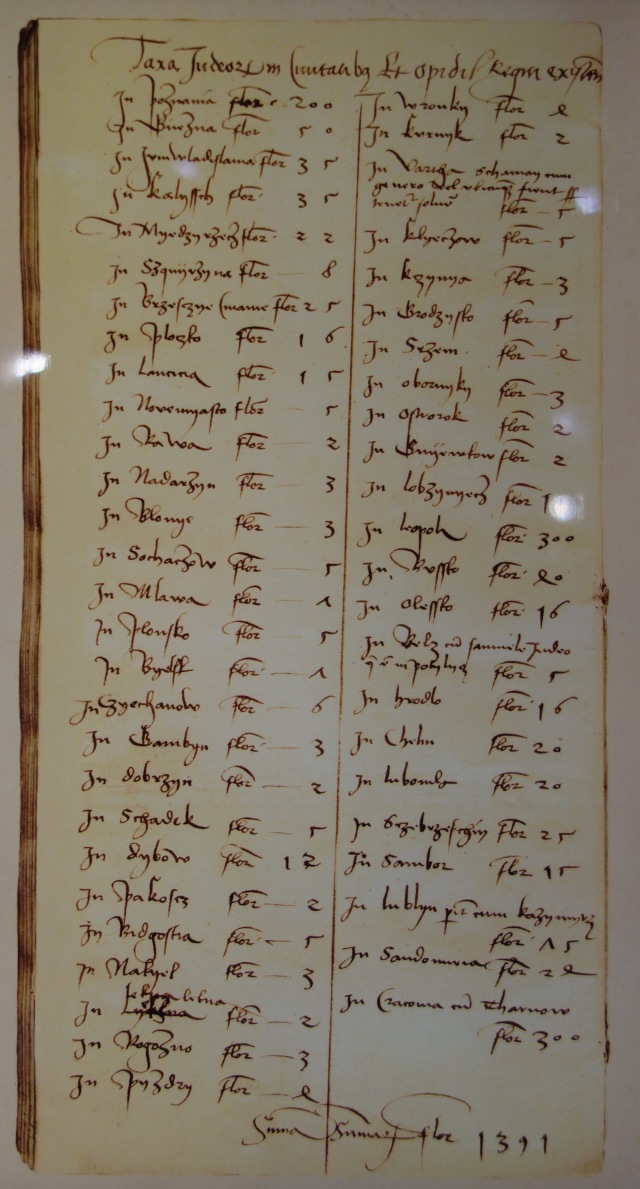 A small side note: The Poruguese explorer Vasco da Gama met a man off the coast of India. His parents were Jews from Poznań. He was baptised and named Gaspar da Gama: his knowledge of India got him a job on commercial expeditions and made him a knight of the court.

In 2016, this museum won the European Museum of the Year award. It’s easy to see why. The presentation is imaginative and varied, although the information is a bit dense for easy absorption. I didn’t master the interactive screens, or quite realise what was on offer, or how to read the exhibits. A virtual tour  of the highlights, watched after my visit, will make my next visit more productive. Having a year here gives me leisure to return and make up the deficits of this first somewhat scatty reconnoitre.

A retired Australian who spends a lot of time in Warsaw, and blogs as a way of life.
View all posts by morselsandscraps →
This entry was posted in museums, photos and tagged Museum of the history of Polish Jews. Bookmark the permalink.

8 Responses to POLIN Museum of the history of Polish Jews