A walk through the Old Town

Posted on April 4, 2016 by morselsandscraps

In the hurley-burley of twins and setting up house for a year in an apartment meant for short-term stays there hasn’t been much time for exploring and revisiting old haunts. But last week I managed to take a brief hour’s ramble round the Old Town, enjoying the trails already laid down in my previous five visits to Warsaw.  I’m almost at the point of not feeling like a tourist, and I tramp the territory here as I do the headlands, bush and beaches at home, although cobblestones are less forgiving on the legs than sand and dirt.

Let’s begin in Plac Zamkowy, dominated by the red brick Royal Castle, Zygmunt’s statue, and two rabbits and a hedgehog guarding the entrance to a collection of stalls selling regional food.

ul Piwna (behind the red and white van) is a narrow street with a vista to one of the many spires in this part of Warsaw. It is lined with shops and tiny restaurants: windows full of amber, and eating places made inviting with bright pots of flowers. The doorways charm with their decorative metal-work and carved or moulded decorations. 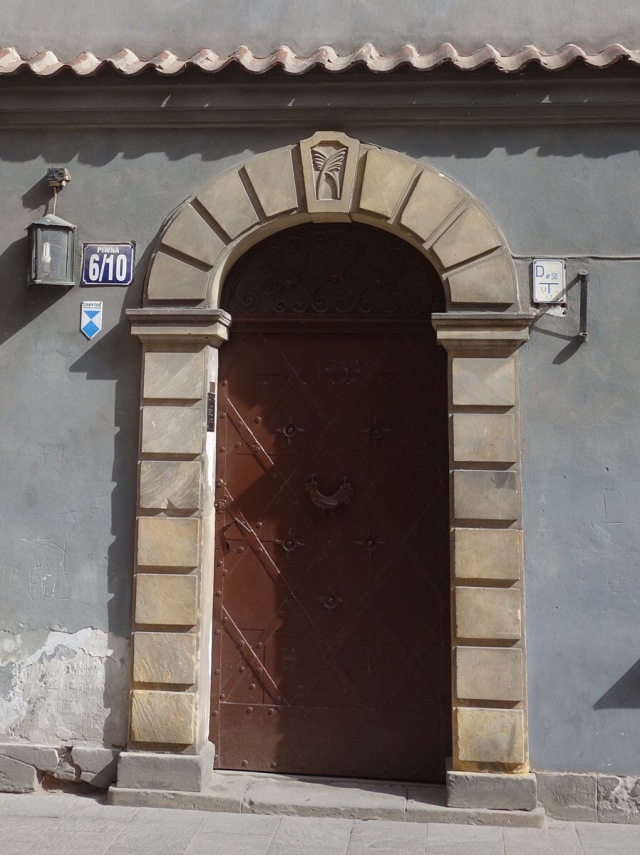 Turn right from ul Piwna and you get a glimpse of the Old Town square. Looking up you can see creatures protruding from the buildings: a dragon, a lion and a gargoyle face. And then you’re in the square, surrounded by buildings painted in earth colours, many sporting murals or other decorative features. The Old Town was systematically flattened by the Germans in WW2, then rebuilt under communist rule in the 1950s, using paintings by Canaletto the younger to recreate it in its eighteenth century form. The Warsaw Mermaid occupies its centre. Eating places are beginning to move their tables outside somewhat tentatively, persuaded by a few days of unreliable sunshine. 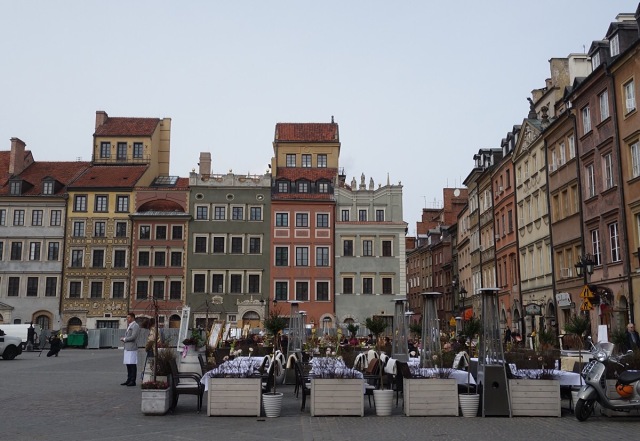 A man with a magnificent face, fierce beard and ferocious moustache plays an accordion, pausing only to smoke a long cigarette. Another man dressed in the gear of an earlier era – blue and gold robe, wide sash, bulbous hat with a flat blue crown and a feather – paces to and fro.

Leaving the Old Town Square, you head towards the lookout across the Wisła to Praga which is where the Russian army settled to watch the Germans destroy Warsaw before taking over in early 1945. Through a colourful alleyway with a derelict niche containing a blank faced maybe-lion, and you’re back in Plac Zamkowy. No surprises for me in this walk but many familiar delights. 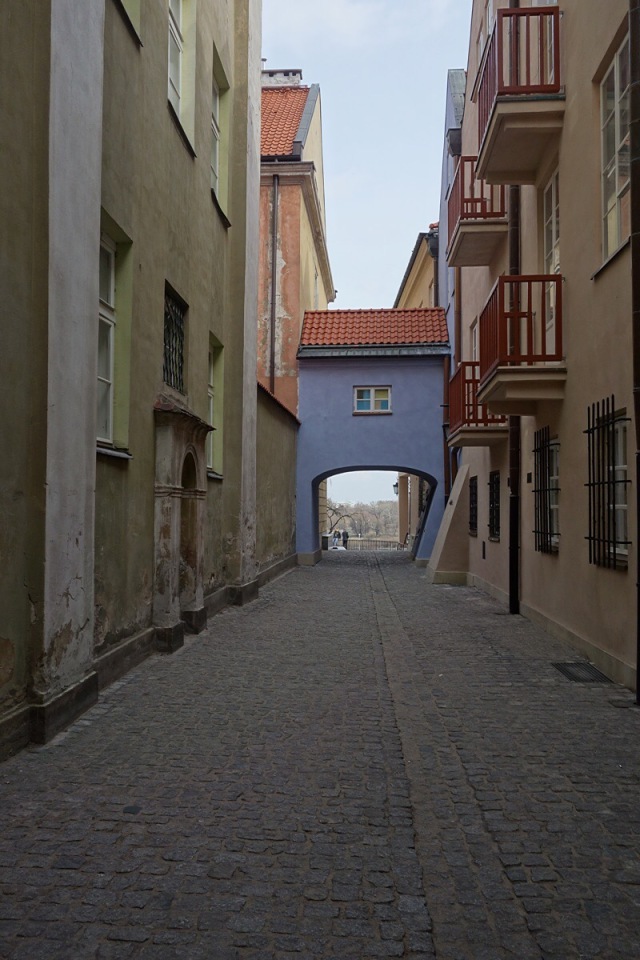 As you head back to the tram you look past St Anne’s Church where I learned to like organ music and along Krakowskie Przedmieście, which becomes Nowy Świat, the main thoroughfare in the heart of Warsaw and part of the Royal Route linking the Old Town with Łazienki Królewskie (the king’s baths) and Wilanòw Palace.

For another ramble around the heart of Warsaw see here.

A retired Australian who spends a lot of time in Warsaw, and blogs as a way of life.
View all posts by morselsandscraps →
This entry was posted in photos and tagged Old Town. Bookmark the permalink.

35 Responses to A walk through the Old Town